How Bots are different from Virus, worms and Trojans 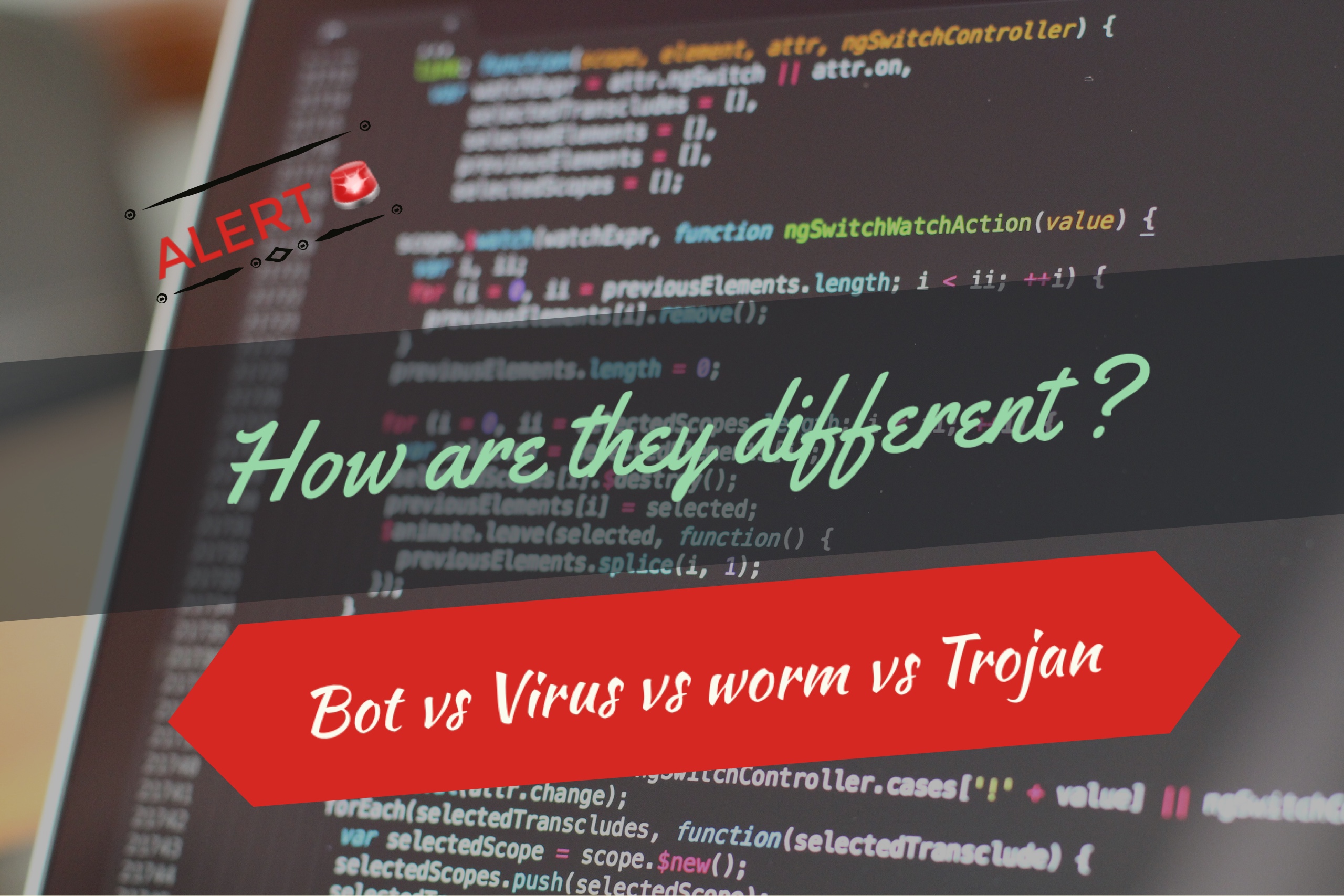 How Bots are different from Virus, worms and Trojans

One common mistake that people make when the topic of a computer virus arises is to refer to a worm, Bot or a Trojan horse as a virus. While the words Trojan, worm and virus are often used interchangeably, they are not exactly the same thing. Viruses, worms and Trojan Horses are all malicious programs that can cause damage to your computer, but there are differences among the three, and knowing those differences can help you better protect your computer from damaging effects. Different classes of malicious software are described below.

A computer virus is a type of malware that propagates by inserting a copy of itself into and becoming part of another program. It spreads from one computer to another, leaving infections as it travels. Viruses can range in severity from causing mildly annoying effects to damaging data or software and causing denial-of-service (DoS) conditions. Almost all viruses are attached to an executable file, which means the virus may exist on a system but will not be active or able to spread until a user runs or opens the malicious host file or program. When the host code is executed, the viral code is executed as well. Normally, the host program keeps functioning after it is infected by the virus. However, some viruses overwrite other programs with copies of themselves, which destroys the host program altogether. Viruses spread when the software or document they are attached to is transferred from one computer to another using the network, a disk, file sharing, or infected e-mail attachments.

Computer worms are similar to viruses in that they replicate functional copies of themselves and can cause the same type of damage. In contrast to viruses, which require the spreading of an infected host file, worms are standalone software and do not require a host program or human help to propagate. To spread, worms either exploit vulnerability on the target system or use some kind of social engineering to trick users into executing them. A worm enters a computer through vulnerability in the system and takes advantage of file-transport or information-transport features on the system, allowing it to travel unaided.

A Trojan is another type of malware named after the wooden horse the Greeks used to infiltrate Troy. It is a harmful piece of software that looks legitimate. Users are typically tricked into loading and executing it on their systems. After it is activated, it can achieve any number of attacks on the host, from irritating the user (popping up windows or changing desktops) to damaging the host (deleting files, stealing data, or activating and spreading other malware, such as viruses). Trojans are also known to create back doors to give malicious users access to the system.

Unlike viruses and worms, Trojans do not reproduce by infecting other files nor do they self-replicate. Trojans must spread through user interaction such as opening an e-mail attachment or downloading and running a file from the Internet.

A botnet is a number of Internet-connected computers communicating with other similar machines in which components located on networked computers communicate and coordinate their actions by command and control (C&C) or by passing messages to one another (C&C might be built into the botnet as P2P).[1] Botnets have been used many times to send spam email or participate in distributed denial-of-service attacks. The word botnet is a combination of the words robot and network. The term is usually used with a negative or malicious connotation.

Bots can be used for either good or malicious intent. A malicious bot is self-propagating malware designed to infect a host and connect back to a central server or servers that act as a command and control (C&C) centre for an entire network of compromised devices, or “botnet.” With a botnet, attackers can launch broad-based, “remote-control,” flood-type attacks against their target(s). In addition to the worm-like ability to self-propagate, bots can include the ability to log keystrokes, gather passwords, capture and analyse packets, gather financial information, launch DoS attacks, relay spam, and open back doors on the infected host. Bots have all the advantages of worms, but are generally much more versatile in their infection vector, and are often modified within hours of publication of a new exploit. They have been known to exploit back doors opened by worms and viruses, which allows them to access networks that have good perimeter control. Bots rarely announce their presence with high scan rates, which damage network infrastructure; instead they infect networks in a way that escapes immediate notice.

Bots sneak onto a person’s computer in many ways. Bots often spread themselves across the Internet by searching for vulnerable, unprotected computers to infect. When they find an exposed computer, they quickly infect the machine and then report back to their master. Their goal is then to stay hidden until they are instructed to carry out a task.

After a computer is taken over by a bot, it can be used to carry out a variety of automated tasks, including the following:

The first steps to protecting your computer are to ensure that your OS is up to date. This means regularly applying the most recent patches and fixes recommended by the OS vendor. Secondly, you should have antivirus software installed on your system and download updates frequently to ensure that your software has the latest fixes for new viruses, worms, Trojans, and bots. Additionally, you want to make sure that your antivirus program can scan e-mail and files as they are downloaded from the Internet. This will help prevent malicious programs from reaching your computer. You may also want to consider installing a firewall. 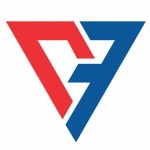 CyberFrat is an Enterprise Risk management community with a motive to create awareness about emerging cyber frauds and their mitigation by use of the latest efficient technology. We have 10000+ members globally comprising of students as well as professionals. We conduct regular
knowledge-sharing sessions, professional training, and several intra-community as well as public events to spread awareness regarding Emerging Technologies, Cyber Security and Risk Management. 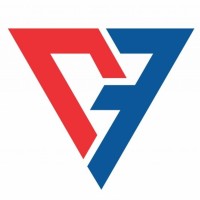 CyberFrat is an Enterprise Risk management community with a motive to create awareness about emerging cyber frauds and their mitigation by use of the latest efficient technology. We have 10000+ members globally comprising of students as well as professionals. We conduct regular knowledge-sharing sessions, professional training, and several intra-community as well as public events to spread awareness regarding Emerging Technologies, Cyber Security and Risk Management.

Great article dear..you can also add some stats that will definitely help people understanding the impact. We have recently seen largest DDOS attack where Internet camera were part of BOT network.