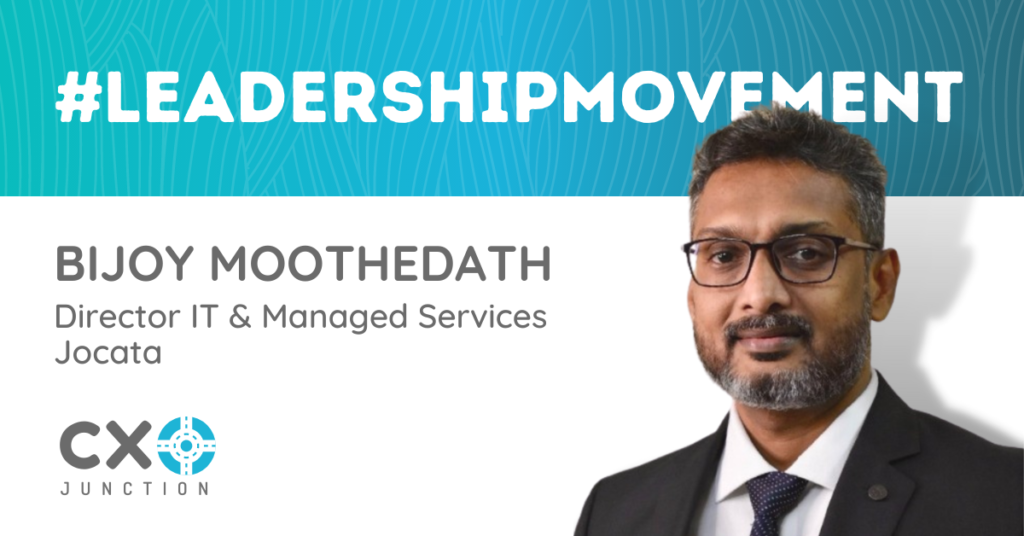 Bijoy Moothedath joins Jocata as Director IT and Managed Services

Bijoy Moothedath is an Indian professional with experience of over 20 years spread across Infrastructure Management, Systems Administration, Network Security, Customer Relationship Management, and Technical Support. Possess excellent understanding of the IT Infrastructure domain having expertise in Datacenter build and management, capacity planning, and designing of future-oriented network and compute infrastructure. Built teams from Zero to Forty members in size which had skills in various fields like Networking, Security, Virtualization, Systems administration, Database Administration, DevOps, and Cloud Management.

He started his career as a lab assistant for Jetking Sadashivnagar in 1999 for a full complete year. He was appointed by AllianceProsys India Ltd. as team leads IT Security in 2007. Heading the IT security Implementation and Support Division. He built a team of professionals to handle the requirements of the organization to meet the entire portfolio requirements and to support hundreds of clients. In 2008 he joined BASIX company as an IT Manager his hard work and dedication got him promoted as Sr. IT Manager.

As a Sr. IT Manager, he was responsible for planning, designing, implementing, and maintaining the IT infrastructure of the company. Also, he was responsible for the Purchase of IT infrastructure which includes the sizing, identification of Vendors, and negotiation. Also managed a team of 40-60 people which includes a group of System Administrators and Support Professionals. In 2011 he became a Solution Architect in the same company he took care of the entire service Delivery including Solution Designing for the Enterprise Clients for a full complete year.

He was a part of the VSoft Corporation for 9 years. In Oct 2012 he became IT manager for this company and managed the IT Infrastructure Globally including the Management of Datacenters in India and the U.S. Support the pre-sales team in sizing the right Infrastructure Solution’s for the clients. He also worked on boot projects like building the Tier 3 Datacenters, Deploying and managing the entire Banking infrastructure including the core and payment systems. He also had SAAS offerings targeting the Banking industry which include Core banking, Cheque Truncation, ATM Switching, IMPS, Mobile Banking, Internet Banking, and UPI-based applications. After working so hard he got promoted and owned the post of Vice President – IT. From 2018-2021 April he held the position of Vice President – IT. For 2 months now, he has joined Jocata as a Director IT and manages services in Hyderabad, India.

His journey from zero to hero is really inspiring and teaches us that hard work really paid off.

To know him more, connect with him on Linkedin at https://www.linkedin.com/in/bijoy-moothedath-9979aa15/

Jocata GRID is a sophisticated enterprise ecosystem technology platform that strives to provide an integrated real-time view of business, risk, operations, and compliance. It is designed as a multi-layered stack of technology capabilities that help financial institutions in their digital transformation initiatives, with each layer solving a specific challenge. Although the individual feature sets of the GRID are mapped to discrete products, its architecture allows for them to be deployed separately or all together or in specific combinations, depending on your solution requirements.

The GRID plugs into your backend systems through a secure interface and brings you the benefits of Jocata’s cutting-edge software while substantially reducing upfront costs for training, setup, and infrastructure.

Check out the upcoming BIG THING by CyberFrat! 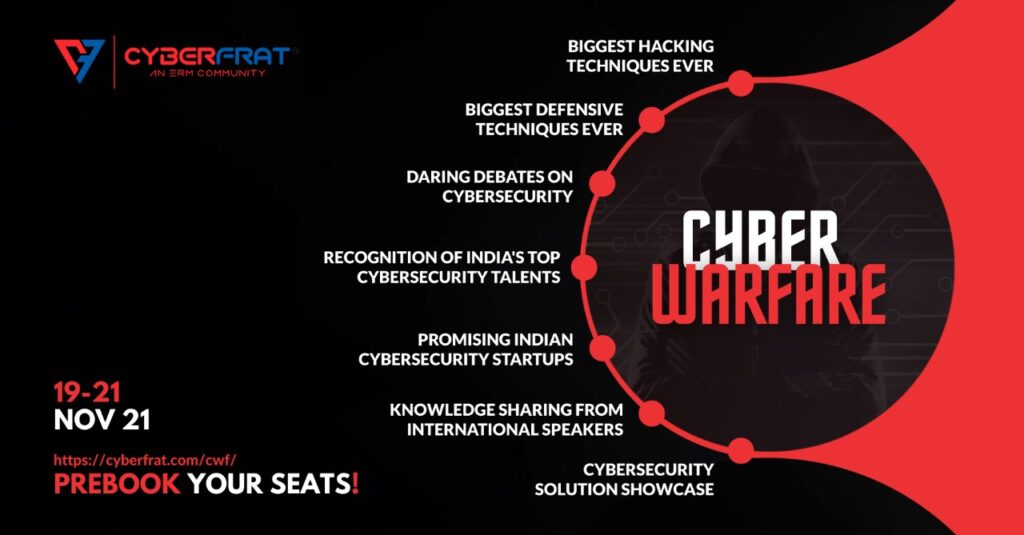