Looking for a career in cybersecurity?

Looking for a career in cybersecurity?

Cyber security is expected to keep growing in the coming years. New technologies, such as artificial intelligence, are also increasing demand for cyber security professionals. The data you store on your computer may be stolen and used by hackers, thus compromising your personal information.

Cyber security experts monitor the Internet traffic and spam emails to detect threats such as identity theft or credit card fraud. They also analyze computers’ activity to detect malicious attacks on systems. This can help you increase your income potential by securing your computer from hackers and other threats while making money at the same time.

What is Cyber Security?

As the world’s population grows, the demand for cyber security professionals will also grow. The fast growth of technology and internet use across the globe is also creating more security risks that require a qualified cyber security team to handle.

Cybersecurity is an industry that has been growing at a steady pace and it is expected to reach 3.5% by year 2025. The exact number of jobs in this industry is not known, but we do know that the number of vacancies in this field are increasing at a rate of about 50% every year .

While most employers want to hire from within the country, there are also job openings abroad too. This is because companies tend to hire foreign workers with higher skill levels than domestic workers. Obviously, if you are an expert on hacking and you know how it works , then why not apply for these job openings?

The career opportunities in cyber security vary from one industry to another so it will be wise for you to pick a career path based on your interests and what you have learned so far. Cybersecurity may not be technically the most popular field but if you have experience in IT or programming then Cyber Security is one of your options as an IT professional .

In short, Cybersecurity has been considered as an essential field due to its importance in protecting our online activities from cyber threats . You can take up jobs such as consulting , developing infrastructures , or defining new protocols for securing data .

Here’s a list of the top 5 security threats and why you should care about them.

The threats to privacy are many, and they range from technical to political. In this post, we’ll look at some of the more high-profile issues, but you should bear in mind that there are countless more personal security threats that you can think about. In fact, the world is one big open network (as proved by the Stuxnet worm), and so there’s plenty of potential for attacks from different directions. The person behind a malware attack is often unknown — it could be an individual or a group of people working in close cooperation with an individual with nefarious motives. Sometimes we even don’t know who our attacker is!

In recent years, data breaches have become commonplace, with many organizations losing millions of user records to hackers. If your organization is vulnerable, it’s likely that someone will try to take advantage of your system in order to steal or alter your data or gain access to sensitive information held by other parts of your organization. If this sounds familiar, it may well be because you have been plagued by a number of data breaches in the past few years; perhaps you were one of those organizations that lost control over their users’ data during an attack on their servers or networks? Each year hundreds if not thousands of companies are affected by such thefts and losses — these occur just under 1% each year worldwide — so it’s not hard to imagine how many millions if not billions have been lost due to such incidents in recent years alone!

The cybercrime threat landscape has evolved dramatically over the last decade – each year there are thousands if not tens or even hundreds more cases reported globally – so in 2010 there were nearly 11 times as many reported cases as in 2008; however since then there have only been slight increases – the figures vary between 4% and 8% per annum – yet no doubt much more remains undetected than has been reported! A good percentage of these ‘lurking’ attacks come from politically motivated groups seeking to threaten financial institutions with financial sanctions for perceived shortcomings within their security systems (e.g., blacklisted banks etc.). Some countries even restrict citizens from engaging with certain banks based on suspicions relating to money laundering and terrorism financing (e.g., Iran). So how do we protect ourselves against

Whether you’re looking to start a new career in the field, or are in your 20s and want to increase your knowledge and skills, the Cyber Security jobs that are prevalent today are sure to help you progress.

Job openings in Cyber Security will continue to grow over time, as more people realize that they can use their technical skills in this field.

Cyber security has evolved significantly since its birth in the early 1980s with the rise of personal computers. Unfortunately, many of today’s threats come from outside the internet through social media, cyber espionage and cyber terrorism.

The biggest threat is from espionage; whether it’s for financial gain or for a country’s national security.

It’s important to make sure you know what you’re up against. If a hacker gets your password, he or she could access all of your information or even take over your bank account . Online identity theft is another major concern for companies and their customers alike. There are also threats like weaponized malware viruses and other cyber-based attacks on businesses, government agencies and financial institutions.

So if you’re hoping to land a job in Cyber Security, now’s the time to start learning online coding languages like Java , Ruby , Python , PHP , C# , C++ , Perl etc. What makes this job so lucrative? It’s because there’s been a huge demand for training staff who can help safeguard computer networks from unplanned intrusions from hackers or even from legitimate customers who don’t know enough about data protection techniques .  (Source: https://www.careerbuilderchicago.com/cyber-security-jobs)

Cyber security industry is growing at a fast pace. Cyber security job opportunities are expected to grow by 50% by year 2025. Due to this huge demand of this profession, salaries will be increasing at an exceptional rate. Therefore, it is always better to pursue cyber security career as a job opportunity rather than as a career in order to earn the right amount of money.

According to latest report, the top 5 countries where jobs in cyber security industry are highly demanded are United States, India, China, France and Germany. Therefore it is very important for you to focus on these countries in order to find high paying jobs in cyber security industry instead of focusing on low paying job opportunities because these job opportunities will not increase after few years like other jobs that might not be worth pursuing for long.

Cyber Security is an IT field that deals with the protection of data, networks and digital information. This field is a business-oriented job and a career for those who are interested in making a career in this field.

There are many opportunities for people to get into the Cyber Security field. Cyber security jobs are expected to grow by 50% by year 2025. Cyber security jobs are highly sought after as it offers a good income, according to the Bureau of Labor Statistics (BLS). It is an ideal career path for individuals who want to develop themselves professionally, earn more money and experience more career opportunities than traditional IT positions do.

Furthermore, cybersecurity jobs have great earning potential due to the fact that cyber security is one of the fastest growing industries in America. The BLS predicts that the number of jobs in this field will increase over time by 25%, which means that more people will be hired into this industry than ever before.

Cyber Security is also an essential business skill because there will always be new ways hackers will try and steal our personal information or what we value most. As a result, such companies as banks, financial institutions or even government agencies that require hiring individuals with cyber security skills need to hire them now in order to avoid future problems due to hackers targeting their systems.

Cybersecurity courses such as CISA,  CISM are also very popular among employers because they offer good value for money and allow you to become proficient at handling all types of information technology systems from smartphones to high-end servers just like information security professionals do today at companies like Google, Yahoo or Facebook which have now been chosen as some of the top businesses in America for their technological prowess and highly secure infrastructure against cyberattacks from foreign governments, criminals or other third parties. 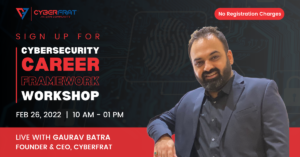