The past few months have been the most vulnerable time for the digital world. The upsurge in cyberattacks gives a clear indication that our current security practices need an upgrade. Incredible developments are being made, but when it comes to security we still need to pull our socks up. Firstly, the notion that cybersecurity professionals alone are responsible for security has to change for the better. The utmost importance should be given to making the common users aware of ‘cyber threat intelligence ‘.Everyone as an individual should be mindful of how adversaries operate and how we should defend ourselves from any jeopardy. The cybersecurity professionals are doing their part and we are expected to do ours. In this issue of CF Bytes, we shall highlight some of the biggest cyberattacks and the parallel cyber developments that have taken place in the last fifteen days.

The most famous hacker group ‘Anonymous’ have raised their voice against the police brutality incident that took the life of George Bloyd. They have threatened the Minneapolis Police Department to disclose their secrets. Read More

A ransomware attack affected the public service of a village in Austria. Covid19 malicious links were used as a bait to deploy the ransomware. The ransomware belongs to a new ransomware family, that uses VBScripts and spreads throughout the windows network. Read More

Microsoft warns everyone, about a new ransomware attack ‘Ponyfinal’. The Microsoft Security Intelligence has shared the details and have requested to pay attention to its deployment. Read More

A flaw in email software being exploited by a Russian Group, called the ‘Sandworm team’. NSA has warned everybody, and has asked to immediately update the software to mitigate the current threat. Read More

Robots to maintain the Microsoft MSN page hereafter. The fear of Human jobs being eaten up by artificial intelligence is now becoming reality. Read More

Azure Sphere, a secure Microcontroller of Microsoft, now can be integrated with Azure IOT Central. IoT Central, can now onboard edge devices that manage sensors and actuators deployed at the edge. Read More

A new Ubuntu-based Linux Lite 5.0 ‘Emerald’ is introduced. This can be used as a replacement for Windows.Read More

USBFuzz a new fuzzing tool, is being used in USB drivers to find bugs in Windows, Linux, and Mac. It can be used for dumb fuzzing, focused fuzzing, and coverage-guided fuzzing. Read More 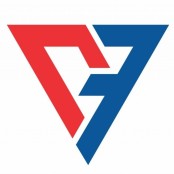 CyberFrat is an Enterprise Risk management community with a motive to create awareness about emerging cyber frauds and their mitigation by use of the latest efficient technology. We have 10000+ members globally comprising of students as well as professionals. We conduct regular knowledge-sharing sessions, professional training, and several intra-community as well as public events to spread awareness regarding Emerging Technologies, Cyber Security and Risk Management.